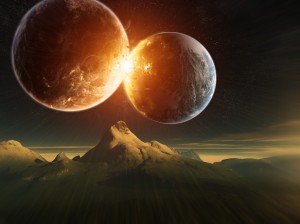 We live on planet adoption. Our lives are so very distinct to other parents. We applaud when our child cries… because its rare that they’ve trusted us enough to show emotion. We are disappointed and distressed as the leader says all our son did at scout camp were the rubbish jobs no one else wanted. This is upsetting because we know that the reason he selected those roles is because he feels utterly worthless. When your daughter refuses school and swears, kicks you and punches a hole in the wall you think that its a run of the mill morning and your greatest achievement is to be able to step out of the drama and drink a cup of coffee while its still hot. #selfcare is a key aim rarely met.

Other planets like the one of domestic abuse collide with our planet more often than we knew. We share a lot of similarities. The backgrounds of people who abuse is often peppered with trauma, abuse and poor support in their early years much like modern adoptees.

In simple terms, the aim of domestic abuse support is normally to make sure the perpetrator and the victim are separated, moved away and both go onto live with happier choices. In CPV (Child to parent violence) or APV this just is not the aim for the families involved. They need to stay together, generally want to stay together but need to find a better way forwards.

Its a big deal, APV over here on planet adoption. It wrecks lives.

Bristol University research published in “Beyond the adoption order” 2014 by Julie Selwyn et al, commissioned by the DFE explains:

Without the welly of a local team of willing, funded professionals the glorious heights of a supported way into Non Violent Resistance as widely advocated for use within adoptive families, many are left assimilating the techniques of presence raising and written agreements alone. The actual evidence for NVRs effectiveness in adoptive families is limited. There is lots of training aimed at adopters on this NVR mainly by Dr Peter Jakob. Here is a great blog piece on an adopters experience from recent training: Frogotter’s Blog

As an alternative, POTATO group were attracted to the LINX programme run by Hampton Trust. The programme recognised that young people who are abusive often are victims themselves. They have shown that developing the SKILLS OF EMPATHY is a key protective factor and that the course delivers that. They use a Wall model similar to the Wall in adoption Uk’s excellent training.

Together, Hampton Trust and The POTATO Group have consulted adoptive parents and are developing a version of the award winning LINX course specifically for them. Unlike NVR the young person has to commit to want to change and the adapted course will provide them with the tools to do this.

As it is CPV week, POTATO group members will be sharing their stories together and supporting one another with kindness. Hopefully, with adoption LINX we will be able to offer more practical support.

← Let them eat cake! (UPDATE)
Bbqs, holidays and first on the list. →
Search for:
Follow The POTATO group on WordPress.com

Contact via email for a meeting, peer support or to join our support network.

Parentingadoptedteens@gmail.com
@thePOTATOgroup on Twitter
We are all peer volunteers in the United Kingdom
Monday-Sunday emails are responded to as quickly as our team are able. We aim to be in touch within 7 days,
%d bloggers like this: